On Monday, Reeves announced the authorization of $1,000 in hazard pay for each sworn law enforcement officer who actively served during the COVID-19 State of Emergency and who was employed by state agencies as of November 30.

“As long as I’m governor, Mississippi will always back the blue,” said Reeves in a release. “Throughout the pandemic, our state law enforcement officers stepped up in a big way. They put their own health on the line and risked increased exposure to COVID-19 to do what they’ve always done – selflessly protect and serve our communities with honor and professionalism.”

According to the locals, their main problem stems from an ongoing conversation between law enforcement around the state and Tindell over whether the families of first responders who die of Covid contracted in the line of duty should receive line-of-duty death pay. Others feel the $1,000 hazard pay should have included local agencies in addition to state agencies.

“My deputies were never sent home, not even for one shift,” said Calhoun County Sheriff Greg Pollan, President of the Sheriff’s Association. “They’ve worked around the clock, 24/7 since the pandemic started, and they will continue to.”

This one-time hazard pay announced Monday, which is funded through discretionary CARES Act funds, will be distributed to state law enforcement officers by the end of the 2021 calendar year.

“They’ve earned every penny of this hazard pay, and I am proud to have authorized it,” Reeves said. “My administration will continue to do everything we can to ensure our state’s law enforcement officers receive the support and recognition they deserve.”

On a conference call with more than a dozen police, fire, and EMS leaders earlier this year, Tindell made comments that DPS will be denying state benefits to the families of first responders who die as a result of Covid because they could not determine if it was contracted on the job.

Lincoln County Sheriff Steve Rushing has led the charge to have Covid deaths among first responders recognized as line-of-duty deaths. On Monday night, he posted that the state’s priorities seemed to be out of order.

“October 29th, 2021, the MS Attorney General’s office released an opinion that COVID could be a line of duty cause of death for law enforcement officers. I know of several deputies, jailers, and even Sheriffs-many of which have been recognized as line of duty deaths by the federal government-that their families may qualify for the death benefits but there’s no money to pay it?
Waiting for the state legislature to fund it next year?
#paythebenefits #localofficersworkedcovidtoo”

Tindell said in an interview Wednesday that what he was trying to convey at the time was that in interpreting the language in state and federal law regarding line-of-duty deaths, the federal law does not require contact tracing. So far the language in the state law doesn’t give that leeway. He said he felt it would be unfair to pay some claims and not others when there was no definitive way to establish where an individual contracted COVID and that without additional appropriations there were not enough funds to pay every claim.

Local officials say they feel “backing the blue” would involve recognizing the sacrifices made, not simply the potential hazards of working during a pandemic. In a statement made Wednesday, Brandon Police Chief William Thompson, president of the Mississippi Association of Chiefs of Police, said he and the board of directors of the organization would like to see the issue resolved sooner than later.

“Let us be clear, local law enforcement is pleased and happy that the governor gave our brothers and sisters in state law enforcement $1,000 for hazard duty pay. Our issue is Covid line of duty death benefits to the widows and children of our local and state law enforcement officers and fire fighters who did not get paid first. We began discussions about paying Covid death benefits with Commissioner Tindell back in late August when we learned widows were getting rejection letters. What better time than Christmas to honor these fallen officers by having their widows and children receive this benefit. Waiting until the 2022 Legislative Session just doesn’t seem like the right thing to do when something should have already been done. Our hearts and prayers continue to be with the families of the fallen.”

But in the back and forth, something has been lost in translation, Tindell said.

“I’m a lawyer by trade, a former judge, a former legislator, and I’ve spent a lot of time reading and interpreting statutes. I can tell you it’s not that I didn’t want these death benefits to be paid. We were of the opinion that unlike the federal law, Mississippi law required there to be proof that COVID was actually contracted while in the line of duty, which is rather difficult to ascertain. Because we didn’t want to be in a situation where we were approving one family and denying another,” he said. “I felt that the best solution was to get an AG’s opinion or legislation that made it clear that all COVID death benefit  claims could be paid and that there was sufficient funding available from the legislature to do so.”

Tindell said he’s been working to come to a solution on the line-of-duty benefit issue and expects it to be resolved in the next legislative session.

Pollan said he has been assured by House and Senate leadership that the issue of line of duty death benefits will be addressed in the next regular legislative session. That said, the Attorney General’s office has already backed up the language of current state law that states death from illness or disease contracted in the line of duty constitutes a line of duty death.

In September, Representative Tom Miles, a Democrat representing District 75, put in a request for a House Bill to make sure the survivors of first responders who die of Covid-19 receive line of duty compensation.

Tindell said one possible solution is that he has asked the legislature to consider a $100,000 life insurance policy for all first responders that would cover their death benefits no matter how or when they died.

“You may have a law enforcement officer that dies of a heart attack, maybe not right after chasing a suspect, but the following weekend,” he said. “In that capacity, this could be a life insurance policy that covers that.”

Tindell said he is “confident that these families are going to get the state death benefits,” and that it was something he began meeting with legislators about when the issue came to his attention. He also said he hopes that cities and counties can find the funding to instate hazard pay for local first responders as well. Tindell said he “presented the cost of paying hazard pay for local first responders to the Governor’s office as well, but there was not enough discretionary funds allocated to the Governor to do so at this time.

“We have been in constant contact with state and local law enforcement officials so this agency can continue to advocate and fight for first responders on various issues at the Capitol, in the public arena, and in every city and county in Mississippi,” Tindell said.

Many locals say they feel hazard pay should have been more than $1,000 over two years, but that it should also be afforded to all law enforcement.

“I think the $1,000 the Governor and Commissioner awarded is well deserved, should have already been done and needed to have been done, but it needed to be statewide for deputies and police officers, too,” Pollan said. “But the locals deserve it also and that needs to be addressed immediately by whoever needs to do so.” 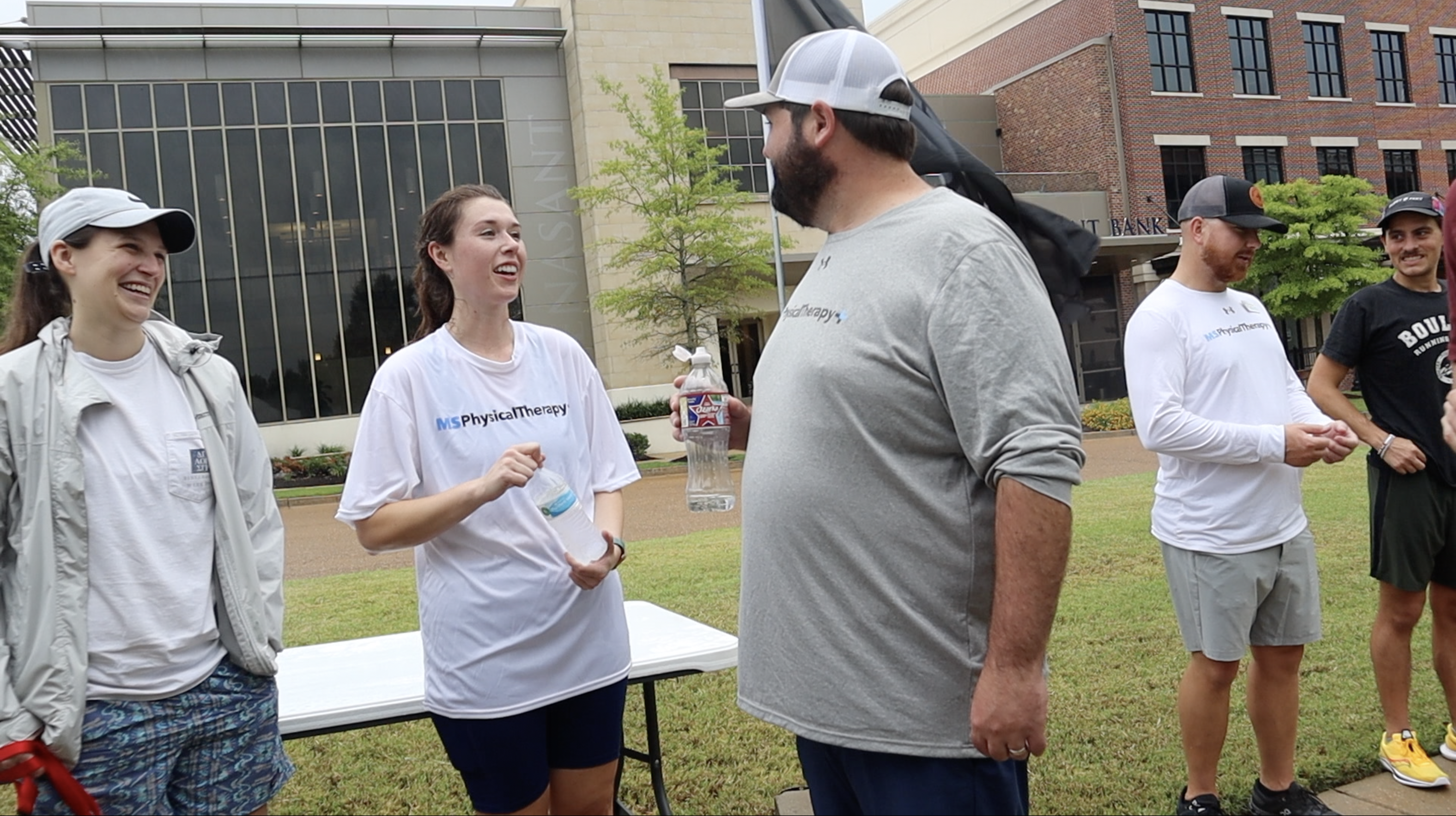 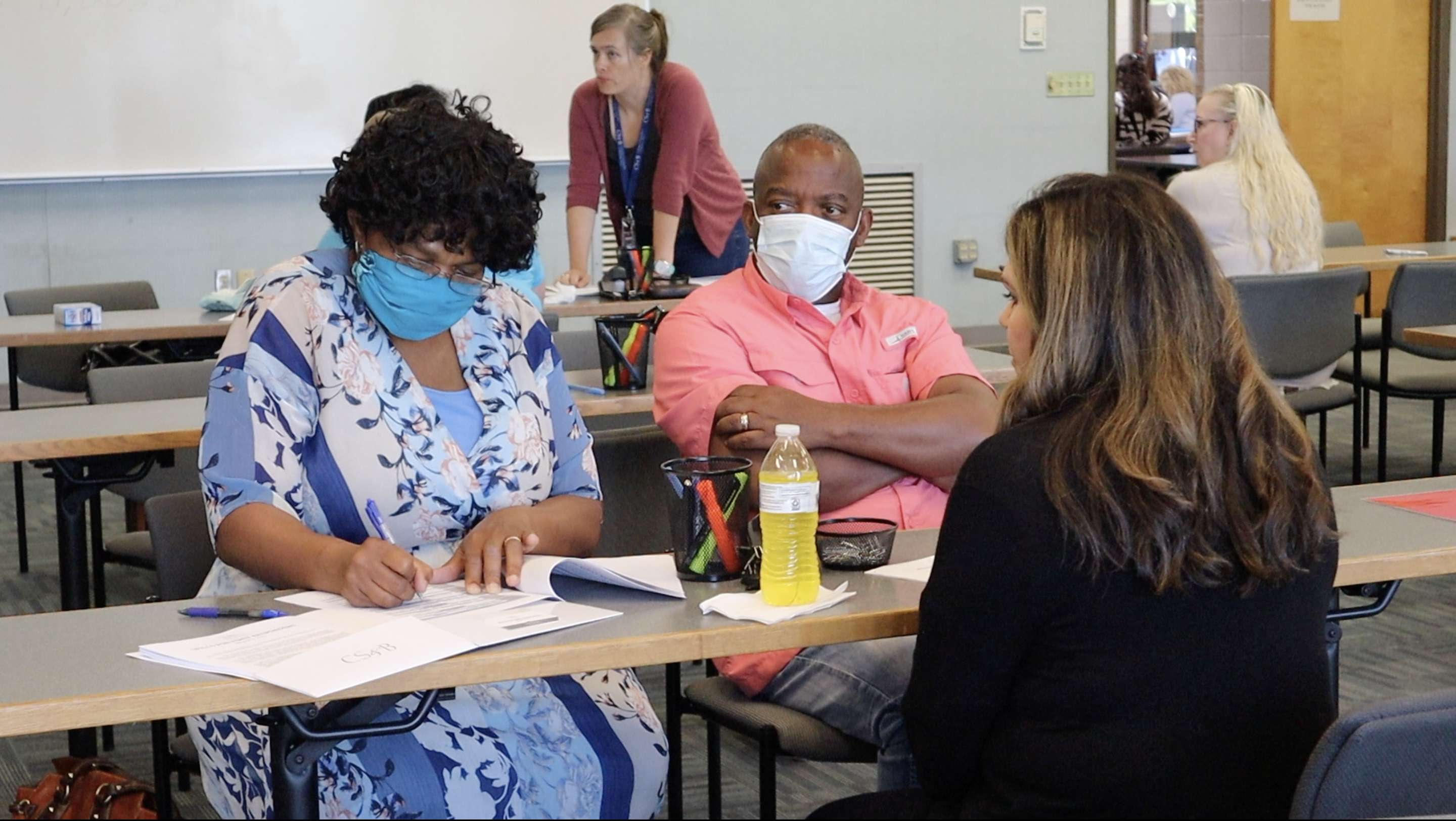 On Assignment, Elijah Mangum  First responders and their spouses registered for a free appointment to prepare wills with a paralegal and an attorney. The event was held at 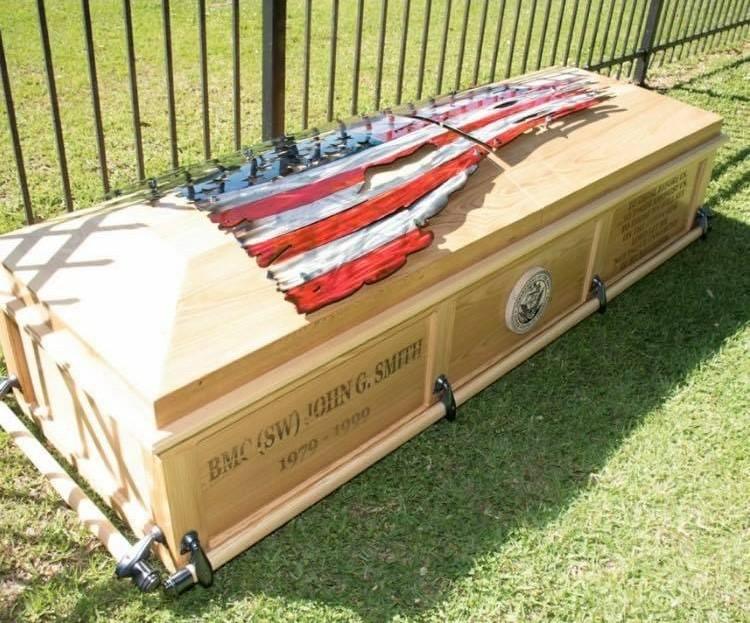 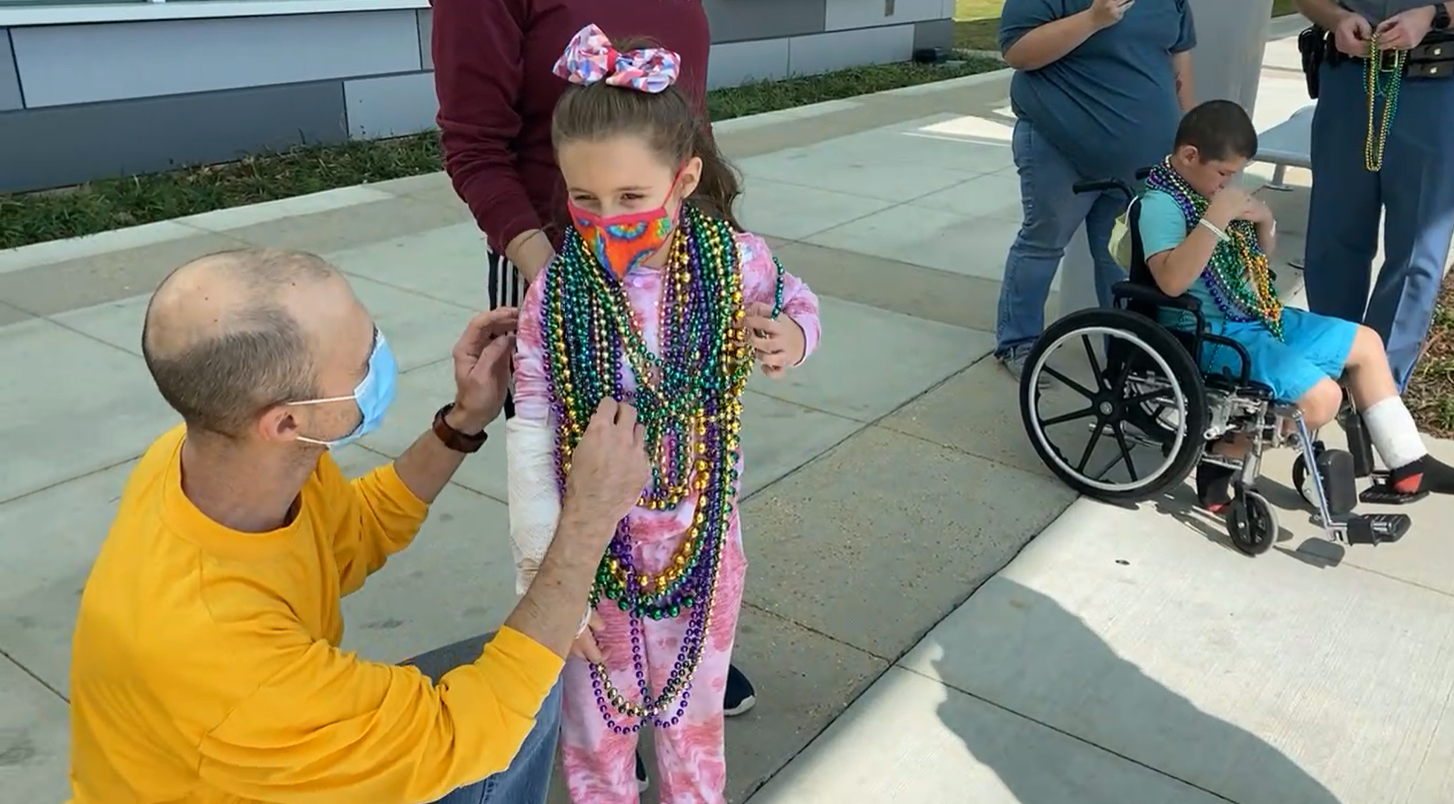 Children’s of Mississippi in Jackson held their annual Mardi Gras Motorcade today. The hospital along with DPS and Mississippi Highway Patrol (MHP) have worked hard 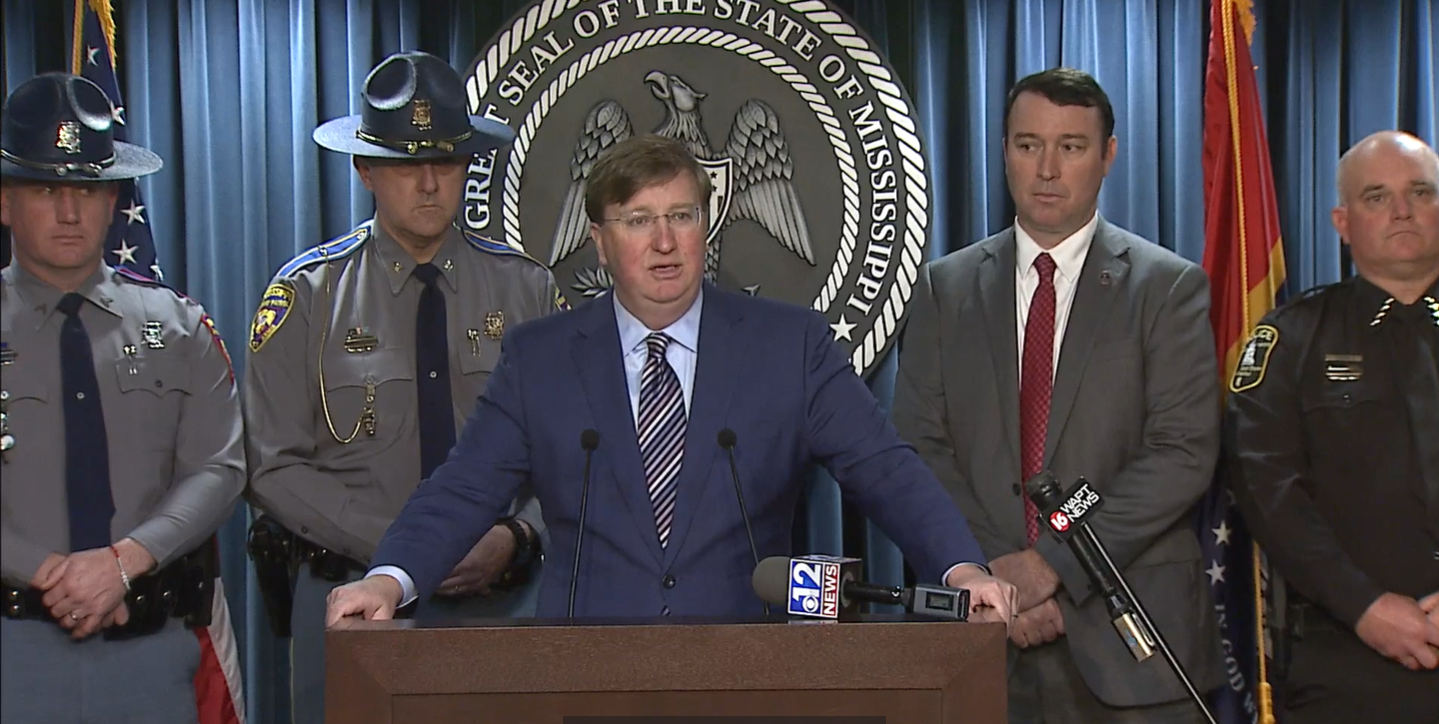 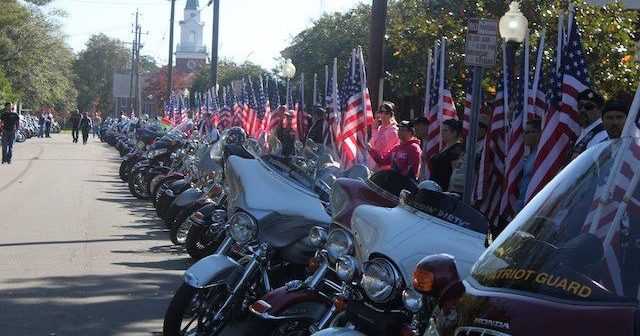 “Stepping Up to Serve” – The Patriot Guard Riders

“STEPPING UP TO SERVE: IS A MISSISIPPI-BASED INITIATIVE TO SHOWCASE PEOPLE IN OUR COMMUNITY WHO ARE GOING THE EXTRA MILE TO GIVE BACK. THIS SEGMENT