Author and producer Angie Thomas surprised an unsuspecting high school senior with news that she won a full-ride scholarship to her alma mater, Belhaven University. Thomas popped in a Zoom meeting to deliver the news to a shocked Dee Holden.

Holden, who lives in Yantai, China, was selected winner of the Angie Thomas Writers Scholarship for her creative writing submissions. “As I read Dee’s writing samples, I immediately fell in love with her craft,” said Thomas. “Her talent and skill blew me away, and I know that the creative writing program was created with a student like her in mind.”

The scholarship is designed and funded by Belhaven University to help young aspiring writers who need the extra support to make their dreams of authorship a reality.

“By giving Dee this scholarship, she can focus more on her studies and writing, which will allow her gift to thrive,” observed Thomas. “It’s an honor to know that this scholarship could play a key role in the journey of yet another exceptional writer.”

Holden is the third student to win the scholarship, which covers tuition, room, and board at the University for four years. Thomas will also purchase a new computer for Holden to help her in her studies.

“I was shocked when the news was delivered, especially when Angie appeared on screen,” said Holden. “Being awarded for something that is in a way so deeply personal is really encouraging and gave me new light, guiding me toward the path of a writer.”

Professor and Chair of Creative Writing Dr. Randall Smith said, “Dee demonstrated the qualities we look for in an Angie Thomas Writer’s Scholarship candidate: passion for writing, a distinct voice, the ability to realize complex and nuanced characters on the page, and gutsy determination to pursue creative transparency.”

The Angie Thomas Writers Scholarship is awarded to only one incoming freshman each year, but other applicants received partial scholarships.

The scholarship was named in honor of Belhaven University alumna Angie Thomas ’11, author of New York Times best-selling novels “Concrete Rose,” “On the Come Up,” and “The Hate U Give.” “The Hate U Give” was developed into a major motion picture, and Thomas is also working as a producer on the film version of “On the Come Up.” 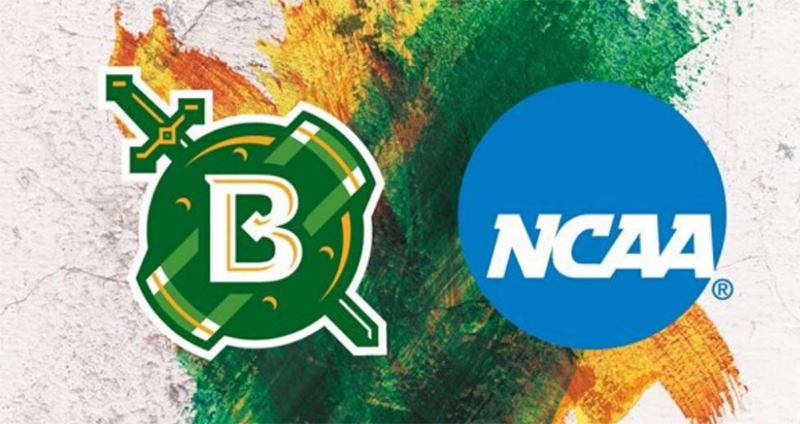 Belhaven University is one of nine member institutions of USA South Athletic Conference (USAS) that have officially formed as a new Division III athletic conference,