Mississippi is grieving again over another sheriff who has died in office.

Coroner Kenny Irving told WAPT that Charles Sharkey, 57, collapsed in a grocery store and after being rushed to the hospital, was pronounced dead just before 11 a.m. Monday.

People not only in Sharkey’s community, but also across the state have sent condolances and well-wishes to the family. Across the board, they recognized him as a true public servant who cared about his constituents and his county.

“I send my condolences to the family,” he wrote. “Rest In Peace, Sheriff Charles Sharkey. May your soul rest with the Lord.”

Calhoun County Sheriff Greg Pollan, president of the Sheriff’s Association, said Tuesday that this loss is felt across the community of sheriffs.

“There are only 82 sheriffs in the state, and it’s a close brotherhood,” Pollan said. “We’re all mourning the loss of our brother. He’s the fourth sheriff to die since I’ve took office in the Sheriff’s Association in June, but it feels like more. It’s a hard hit.”

Other sheriffs around the state were also lifting up prayers and thoughts for their fallen brother on their personal and department social media pages.

“We would like to extend our prayers and sincere sympathies to the family, co-workers, and friends of Humphreys County Sheriff Sharkey. Wishing them peace, comfort, and courage during this time,” wrote Lee County Sheriff Jim Johnson.

The George County Sheriff’s Office posted: “Our thoughts and prayers go out to the family, friends and coworkers of Humphreys County Sheriffs Department Sheriff Charles Sharkey during this difficult time. Sheriff Sharkey had only recently taken office and was from all accounts a true servant to his community. His untimely passing yesterday will be felt by all who knew him, and we ask that you keep the citizens of Humphreys County in your prayers.”

“The Mayor and Board of Aldermen of the City of Belzoni would like to extend our condolences, love, and support to the family of Sheriff Charles Sharkey. He was a good friend, a committed servant of God and mankind. He was truly a team player,” Jackson wrote. “Charles genuinely wanted to see Humphreys County be as good as it could be. We share your pain and we really need one another. We are simply better together. We love you all and pray God gives you strength during this time.”

Arrangements for Sheriff Sharkey have not yet been made. 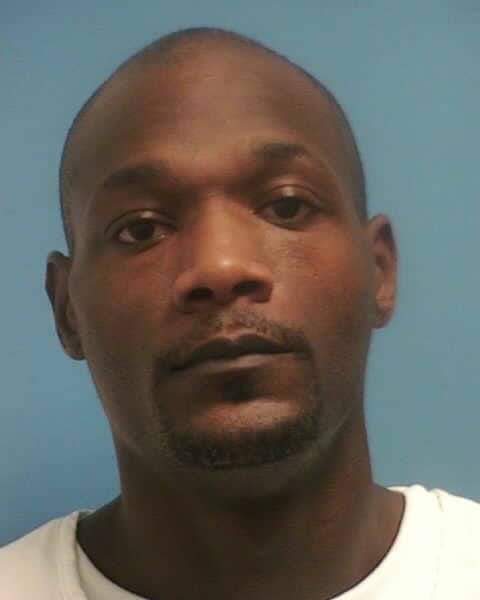 Update Tuesday, Sept 14: U.S. Marshals have captured Garnett Hughes in Akron, Ohio. ****** Around the state, police are searching for Garnett Hughes, an inmate