According to the Crystal Springs Police Department, arrest warrants have been issued for Datarius Mylik Jamall Boyd (age 27) of Jackson and Nhekhil Quajaylon Lamar Scott (age 23) of Jackson in connection to the murder of Bashar Ali Abublla Mohamed. 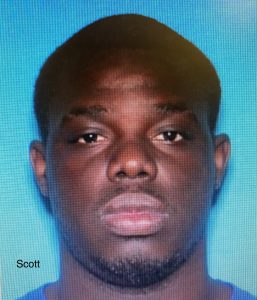 Mohamed was fatally shot at the new Exxon gas station on Hwy 51 Monday night.
Both warrants are for Capitol Murder.
Boyd can be seen leaving the store with a firearm in his hand. He should be considered armed and dangerous. Boyd has an extensive criminal history and should not have been out of prison. Scott should also be considered armed and dangerous.
Contact the Crystal Springs Police Department or the US Marshall Fugitive Task Force if you have any information concerning these two individuals.
The Crystal Springs police department said,

“Our investigation has identified several other suspects. More arrests can be expected. We greatly appreciate everyone’s help in this horrible crime.”

The department released two videos from the scene the night of the shooting.