Haley Pierce, 21, of Crowder has been charged with two counts of murder in the case of Will Polk and April Jones, who have been missing since October 2019.
As the judge spoke to her in court Tuesday, 21-year-old Haley Pierce stood with her hip cocked, tapping her left foot.
With her ponytail, pastel floral print shirt, and Uggs boots on, she hardly looked like someone with no bond, facing two murder charges in the case of a missing couple who haven’t been seen in a year and a half.
Will Polk and April Jones disappeared into thin air on Oct. 10, 2019. Some people tried to say they had run off together, but when Jones missed her daughter’s birthday and Polk didn’t come back for his brother’s funeral, those who knew the missing Crowder couple best gave up any hope that remained. 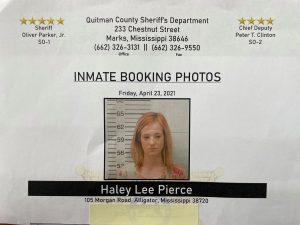 The case seemed to stagnate for a while, until the Mississippi Bureau of Investigation was brought in — specifically Agent Cory Burrow. The addition of Chief Deputy Peter Clinton to the Sheriff’s Department also seemed to throw fuel on the fire that had begun to burn under the case.

Both Polk and Jones had run in some sketchy crowds from time to time, and in a small town, rumors take flight. But the standard answer to police questions before Burrow, and later Clinton, got involved was the same: “I don’t know anything about it.” The most important thing authorities needed to do was build a relationship with the community.

“We have to be transparent when we’re doing these investigations. there’s a lot of people in the community with a lot of information, and we showed that we’re transparent so that they’ll give us that information,” said Clinton.
That’s what led to Pierce’s arrest. She’s just the tip of the iceberg, officials said. There will be more arrests and more charges, though at this point they’re not saying who the other potential suspects are or why they know for sure that Jones and Polk are, in fact, dead. 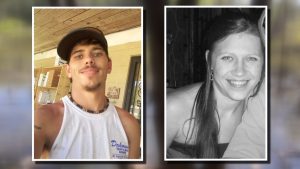 Polk’s cousin Scarlett Campbell has carried the flag, keeping the case in the public eye through the news media, Facebook, and podcasts. She said seeing Pierce in the courtroom brought her mixed feelings.
“In one sense, it’s victorious,” she said, choking up. “In another sense, it’s heartbreaking because we know our Will won’t be coming home.”
Polk’s mother Amanda Polk and his sisters Mackenna Smith and Brittney Polk were in the courtroom as well. Even though Pierce was about their age, Mackenna and Brittney said they didn’t know her. Like Campbell, they were both processing a lot of clashing emotions.
“I don’t know how to explain it. I was angry, because I don’t understand how people can do what they do,” said Mackenna. “But I’m really glad we’re one step closer to bringing him home.”
Brittney’s feelings were a little more raw.
“It hurt looking the person who took my brother away in the face,” she said. 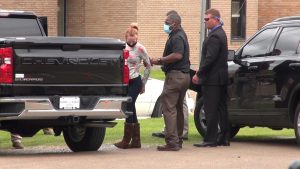 It’s going to take some time to put the case together in its entirety, Clinton said after the hearing. He and Burrow took Polk’s family into another room after the proceedings and promised justice for Will and April.
“We’re not going to sleep until we have those other people in custody,” said Clinton.
Campbell had words for the others who might be responsible for Polk and Jones’ deaths.
“It’s not too late to save yourself, just tell what you know. You’ve taken our family away from us and for us, that’s the ultimate, and it’s for you to answer to God for,” she said. “But it’s not too late for you to save your soul. Please just come clean.” 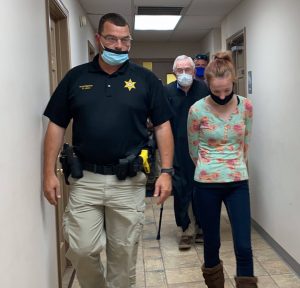 Justice Court Judge Joe Brown explained to Pierce multiple times that she was facing two counts of murder, and made it clear that when you have two felony charges together, bond is not allowed. He then assigned Pierce’s case to public defender Ricky Lewis from Clarksdale, and set her preliminary hearing for May 27.
Will Polk’s family continues to pray for justice.
“I want them to pay for what they did,” said Brittney. “I just want my brother to be able to rest.”
Mackenna agreed.
“Having our family go through what we’ve been through, it’s hard not to want them to go through the same kind of thing,” she said. “I don’t know if I could ever forgive them because they took such a sweet soul away for no reason. It’s just hard.” 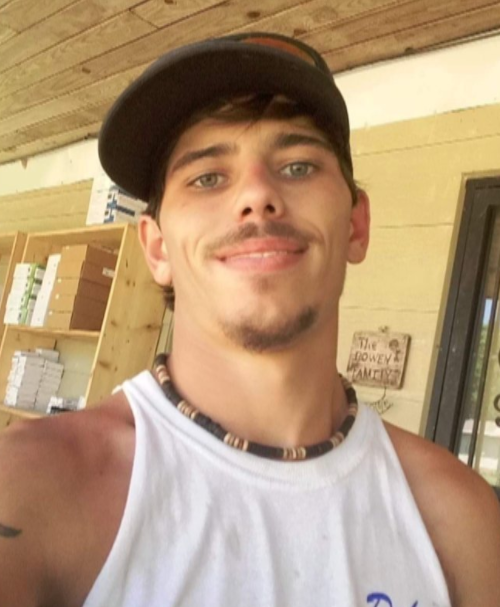 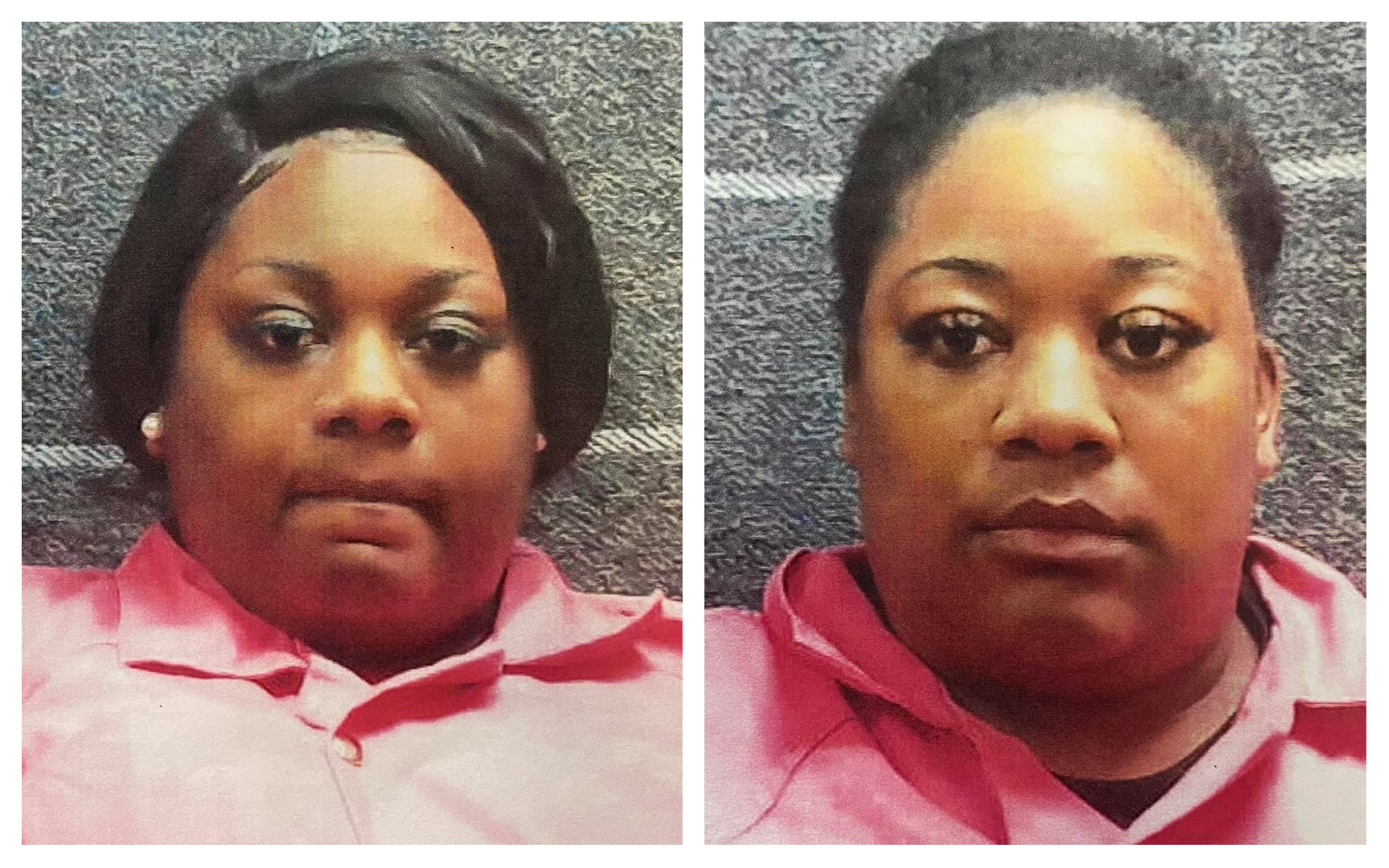 Two adults have been charged with capitol murder in connection to the stabbing death of a 16-year-old boy. On Friday the aunt and mother of 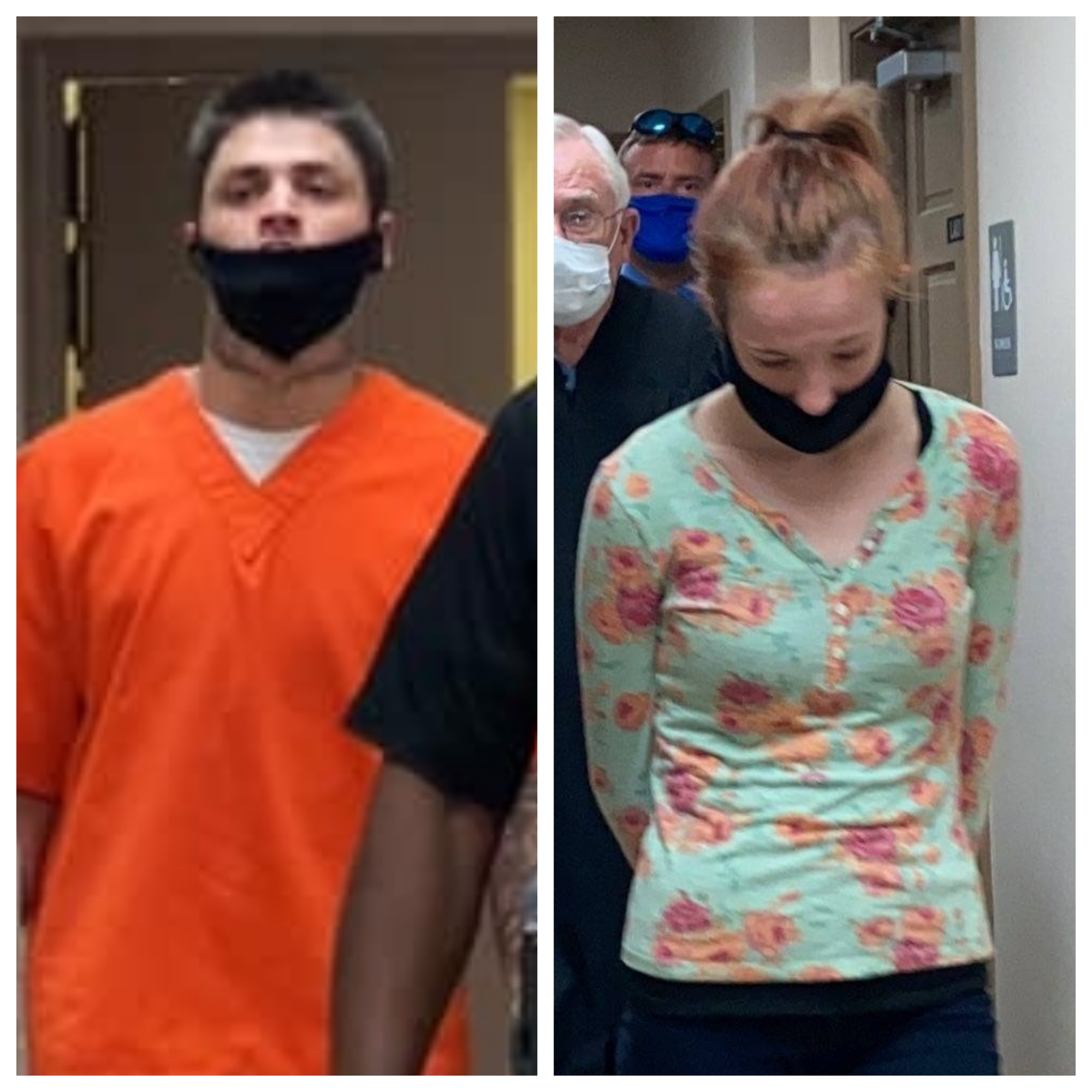 As if the case of the disappearance and subsequent killing of April Jones and Will Polk wasn’t already twisted enough, Thursday afternoon brought bombshells all 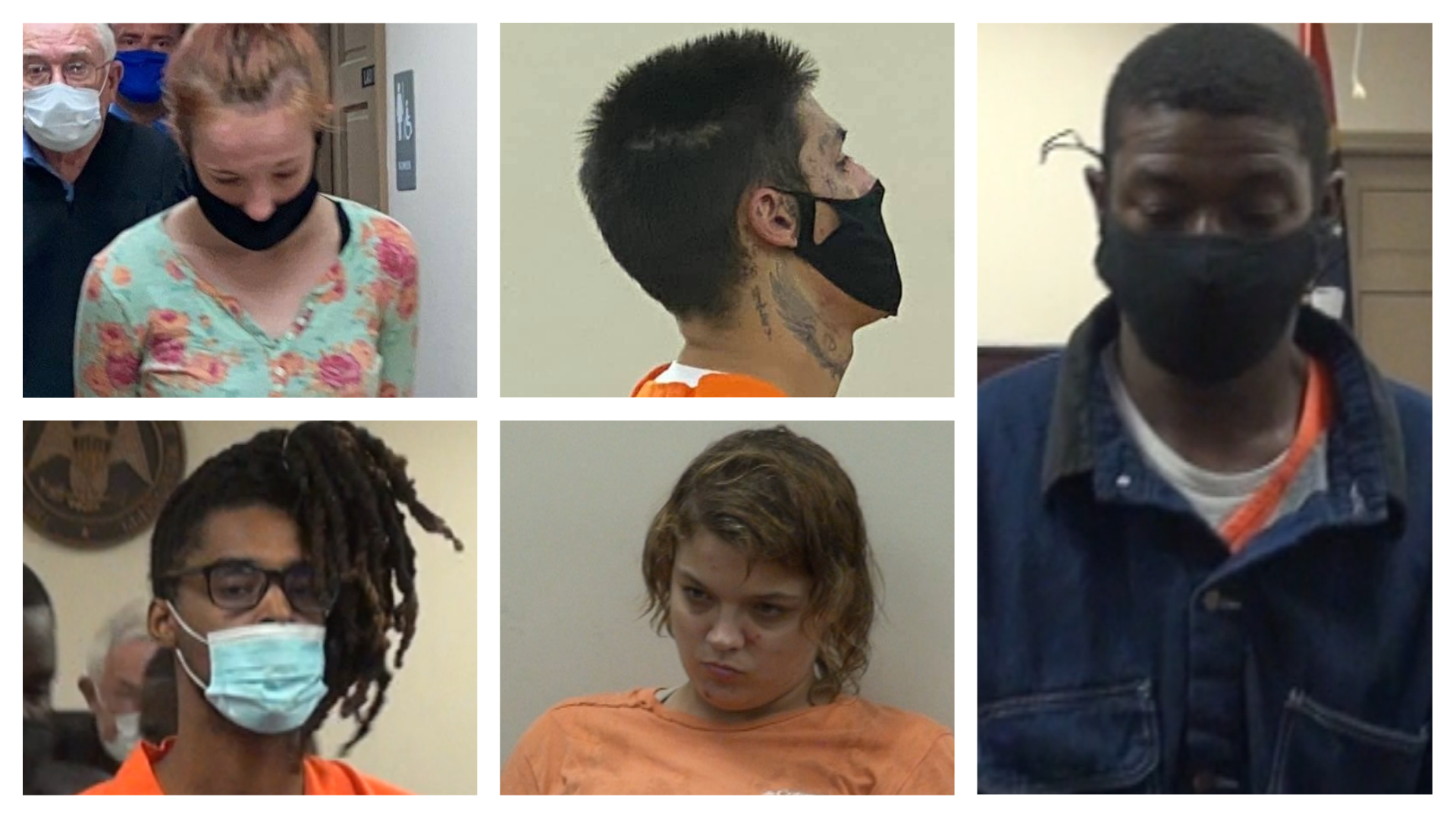 Keith Coleman Jr., who led police on a weeks-long manhunt that ended last week, was charged today along with two others in the deaths of 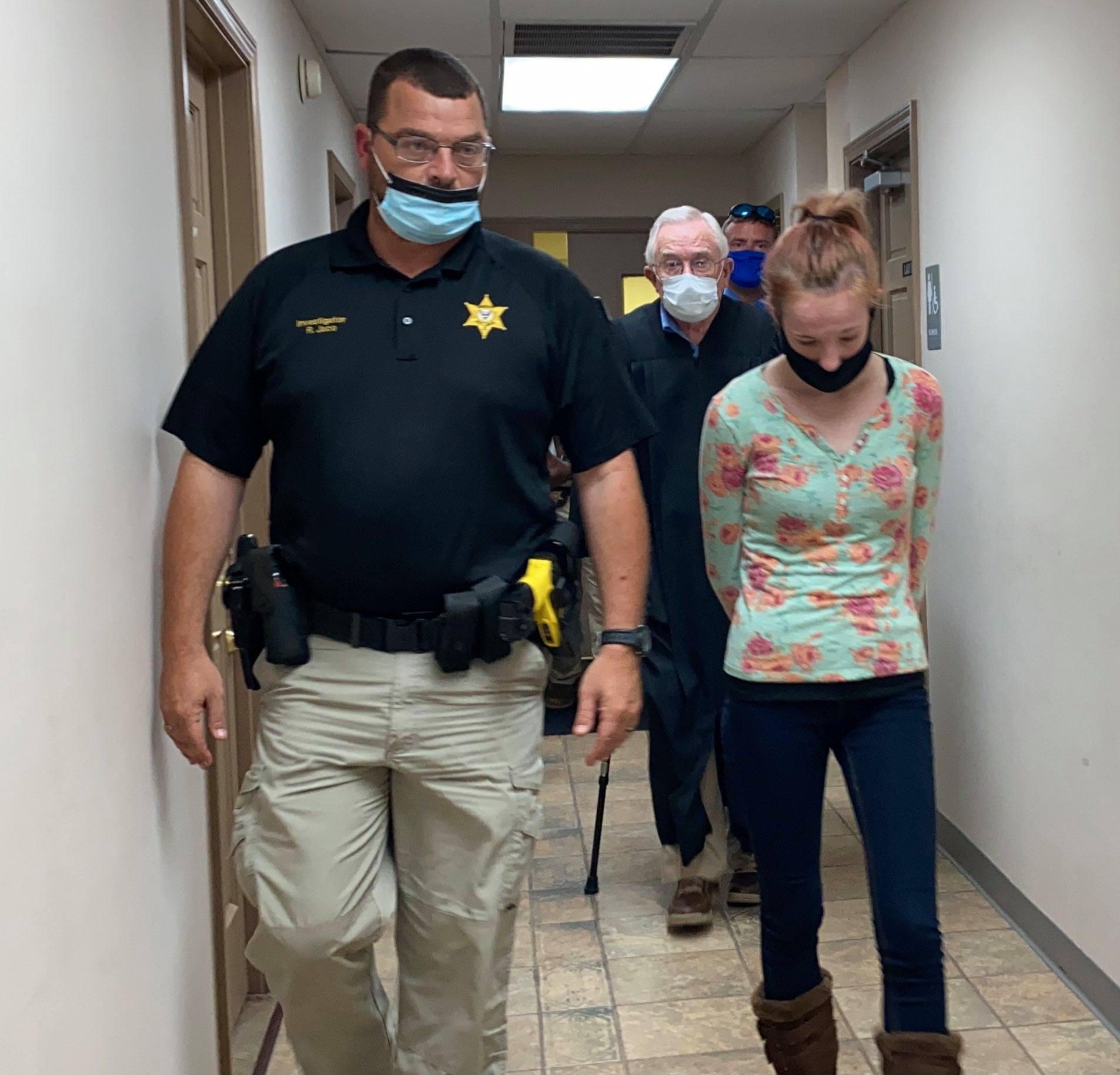 According to court testimony on Thursday, a missing Quitman County couple were the victims of an alleged conspiracy to kill them over drugs and money.

Claiborne County Sheriff Edward Goods said a 16-year-old boy is dead after being stabbed by a 14-year-old girl during an argument about basketball. Goods says