Dash cam video has been released by the Mississippi Department of Public Safety in regards to a recent altercation with a man in McComb.

DPS officials say the Trooper was in no way too rough with the suspect in that situation, which occurred in McComb on August 5.
The incident drew quite a lot of attention on social media and with media outlets after a family member released a video that showed the aftermath of the situation.

“While DPS and MHSP recognize and respect the right of citizens to observe, and even record, law enforcement officers executing their duties, those rights are not without limitations,” Commissioner Sean Tindell said. “As you will see, this event is a prime example of how even a routine traffic stop can quickly turn into a dangerous situation for both citizens and law enforcement officers when subjects resist arrest and when uninvolved persons interfere.”

A release from DPS said because of recent policy changes made to create greater transparency, the agency’s video footage of the incident is being released. The video combines and synchronizes footage from the involved trooper’s dash and in-cab cameras with the phone video that has been circulated on social media and in the media.

The relevant events of August 5 as gathered by the Department of Public Safety are timestamped below, as follows:

According to DPS, Trooper Hayden Falvey initiated a traffic stop on Eugene Lewis after observing him speeding on Delaware Avenue in McComb, passing vehicles on the right, not wearing a seatbelt, and speeding up after a light turned from green to yellow.

Falvey pursued Lewis, who finally came to a stop on Schmidt Road, which is in a rural area. When approaching Lewis’ vehicle, Falvey allegedly smelled a strong odor of burnt marijuana coming from the vehicle. In the video, he noted that Lewis’ eyes were bloodshot and glassy and that there was a strong odor of burnt marijuana on his breath. It was determined at that time that Lewis’ driver’s license was suspended and that he was driving without liability insurance. Lewis admitted to Falvey that there may be a burnt marijuana cigarette, or “roach,” in his vehicle. [0:55]. He also admitted that he had smoked marijuana about 45 minutes to 1 hour prior to the traffic stop. [1:10].

The release from DPS states that when Falvey felt he had probable cause that Lewis was driving his vehicle under the influence of marijuana and could have illegal drugs with him, Falvey placed Lewis in handcuffs and began searching his vehicle. [2:10]. During the vehicle search, Gary and Derrius Lewis, brothers to Eugene, drove up in a Dodge Charger, stopped in the road, and got out of the car. 14:45]. Falvey directed Gary Lewis and Derrius Lewis to leave because he didn’t have backup. “This order was given for the safety of Falvey and all involved,” the release reads. After initially protesting, Gary Lewis and Derrius Lewis left the scene.

It was when Falvey told Lewis that he was under arrest and tried to put him in the front passenger seat of his police cruiser, Lewis became belligerent and physically resisted. [16:45]. Falvey radioed Dispatch and requested assistance. [18:28]. Falvey was still attempting to place the resisting Lewis into the cruiser and buckle him in when Gary Lewis and Derrius Lewis returned to the scene, again stopped in the road and got out of the car again.[18:50]. Believing that he had buckled Lewis into the front seat of his cruiser, Falvey stepped to the back of the cruiser and again directed Gary Lewis and Derrius Lewis to return to their vehicle and leave the scene. [19:06].

The video then shows that Lewis, who was not buckled in, got out of the cruiser and began shouting at Falvey.

All three Lewis men ignored repeated commands by Falvey to get in the car — both brothers into their Charger and Lewis into the MHP Cruiser. According to the video, all three Lewis brothers began shouting profanity and told him they weren’t going to do anything he told them. Falvey was now in a bad spot, and as DPS pointed out in their release, it was also a dangerous situation for the Lewis brothers. Throughout the video, Falvey never appeared to have struck any of the Lewis men or used any force “beyond the necessary restraining techniques used upon Lewis,” the release reads.

Eventually, a good Samaritan pulled up to the scene. [21:00]. Keeping his distance, he asked Falvey if he needed to call someone to come assist. [21:25]. Falvey told him that additional police were already on the way and asked him to watch Gary and Derrius Lewis and make sure that they didn’t attack Falvey as he tried to get Lewis back in the police cruiser. Lewis physically resisted efforts to get him back in the police car, resulting in both Lewis and Falvey falling to the ground. [21:31].

The video shows Falvey then working to secure Lewis with his knees and legs so that he would have access to the tools on his belt in case the brothers decided to approach. Finally Lewis indicated that he would get in the car. [24:13]. Falvey then helped Lewis to his feet and took him to the passenger side, front seat of the cruiser. Lewis then started resisting again, but Falvey was ultimately able to secure him with the vehicle’s seatbelt. [24:40]. Once Lewis was secured in the car, Falvey approached Gary Lewis and Derrius Lewis, telling them they were under arrest. [25:15]. At this time, Trooper Joshua Huhn arrived at the scene and assisted Falvey with completing his arrests. [26:15].

During this time, one of the brothers could be heard saying, “We’ve got it on video… we watched you beat our brother, man.”

Falvey noticed that Derrius Lewis had a strong odor of intoxicating beverage from his breath and was slurring his speech. According to DPS, Lewis admitted to drinking earlier but refused a preliminary breath test. Gary Lewis was allegedly unable to produce a valid driver’s license, and the tag on his vehicle was expired.

Lewis told Falvey that he needed to go to the hospital, the release states. [30:27]. Falvey contacted Dispatch again and asked for an ambulance. [30:31]. Shortly afterward, Lewis began violently thrashing around in the police cruiser, which also damaged equipment [30:55]. Paramedics got to the scene and examined Lewis. They found that his vital signs were normal, no injuries were observed and he was medically clear to be transported to jail.

“A review of this incident by MBI agents and command staff produced no evidence of criminal conduct by the trooper throughout the encounter,” said Lt. Col. Charles Haynes, Director of MBI.

“DPS and MHSP take all allegations of excessive force and other employee misconduct seriously,” the release reads. “Such allegations will always be investigated and given due consideration. Given the number of traffic stops and other interactions between law enforcement officers and members of the public that occur every day, unpleasant incidents are an unfortunate inevitability.”

“MHSP’s internal review of this matter revealed no evidence of excessive force,” said Lt. Col. Malachi Sanders, Director of the MHSP Enforcement Division. “All evidence indicates that Falvey demonstrated exemplary patience, judgment and skill in maintaining the safety of all involved throughout what could have easily become a tragic incident.”

Man shot in McComb Thursday dies Sunday in the hospital

According to the McComb Enterprise Journal, one man is dead and several others are injured in recent shootings. Coroner Wally Jones told the E-J that 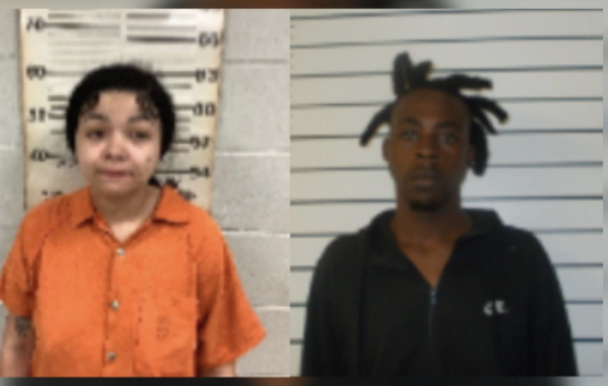 McComb: Two behind bars; one for felony child abuse/rape

According to the McComb Police Department, 19-year-old Joseph Lawrence Johnson of Centerville is behind bars on multiple counts of abuse. Johnson is charged with felonious 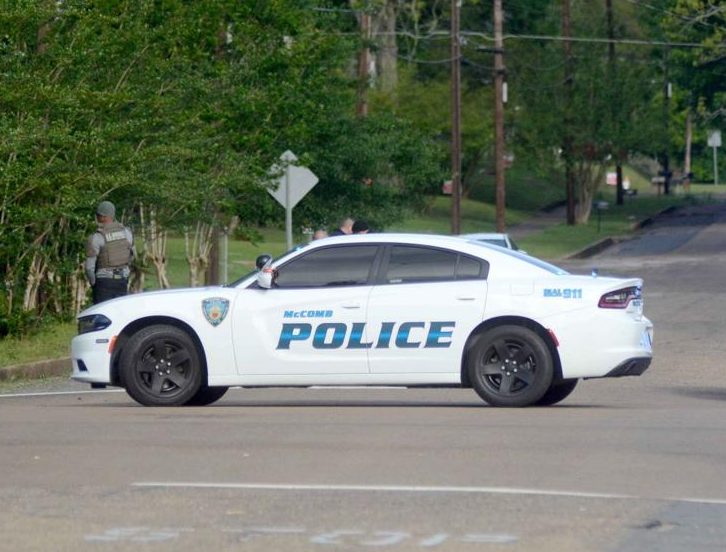 Tuesday’s city board meeting in McComb unearthed a familiar situation, even though it’s an entirely different board. They’ve fired their police chief again. The McComb 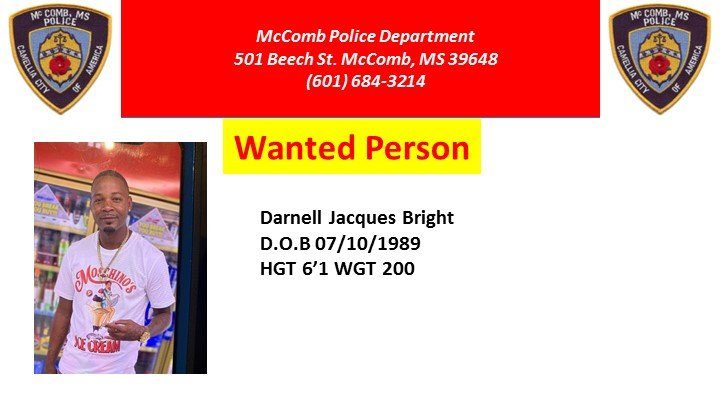 One dead, two wounded in shooting after bar fight in McComb

McComb police are looking for a man who allegedly fatally shot a woman and wounded two others. Police Chief Garland Ward told WJTV that Shamarkese 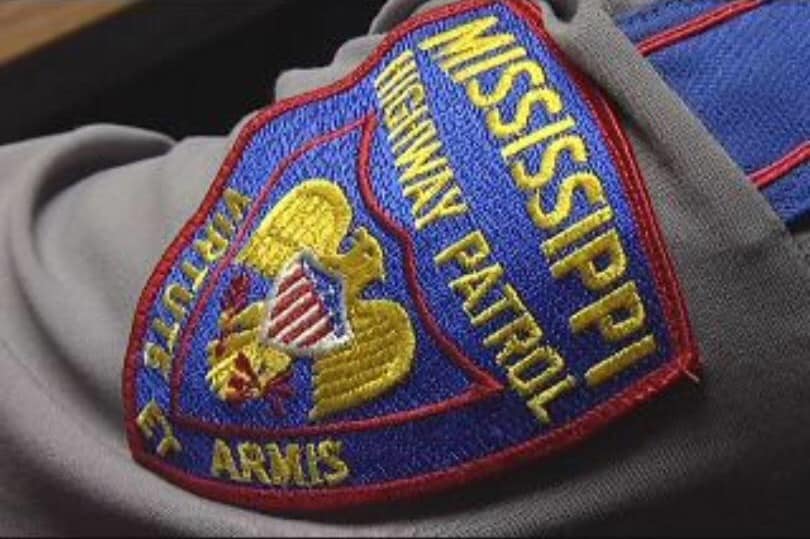 A McComb man is dead after being hit by a car on US 98 Thursday. The Mississippi Highway Patrol says that around 10:46 PM, Troopers