THURSDAY WEATHER UPDATES: Threat mostly over for Metro area, according to NWS

According to the National Weather Service, the Metro area can expect showers and wind gusts for the rest of the evening, but said the severe weather has mostly dissipated for this part of the state.

Temperatures will drop into the lower 30s and upper 20s tonight, starting as early as 5 p.m., NWS said.

A TORNADO WARNING is currently under effect for central Noxubee County until 3;45 p.m.

There is a severe thunderstorm capable of producing a tornado 9 miles eat of Preston, moving NE at 70 mph. 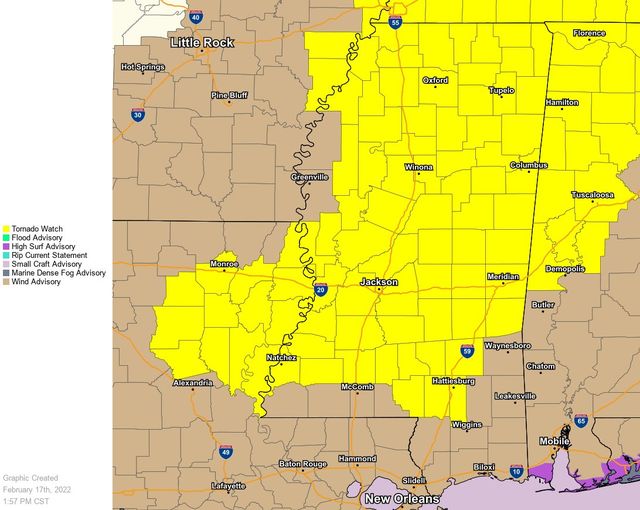 The National Weather Service has expanded the tornado watch to include some eastern counties of Mississippi.

The Tornado Watch has been canceled for Bolivar and Washington counties.

⚠️ACTIVE WEATHER TODAY: Much of the state is still included in the Level 3 ‘Enhanced’ risk area today. Damaging wind and tornadoes remain the primary threats this afternoon. Please stay weather aware and have multiple ways to receive warnings! 📱

The National Weather Service has issued a tornado watch for counties all over the west side of Mississippi until 6 p.m. today.

Forecasters say the threat could bring tornadoes, up to quarter size hail, and wind gusts up to 75 miles per hour.

At 10:32 a.m., the NWS says the Greenwood airport reported a gust of 56 mph in gradient/non-thunderstorm winds.

More than 3.5 million Mississippians are affected by this tornado watch, as well as 1,346 schools and 150 hospitals.

Tune in to local media or your NOAA weather radio for possible watches or warnings and have a severe weather safety plan in place.

⚠️ACTIVE WEATHER TODAY: Much of the state is still included in the Level 3 ‘Enhanced’ risk area today. Damaging wind and tornadoes remain the primary threats this afternoon. Please stay weather aware and have multiple ways to receive warnings! 📱 #mswx pic.twitter.com/zQPbo2veE8 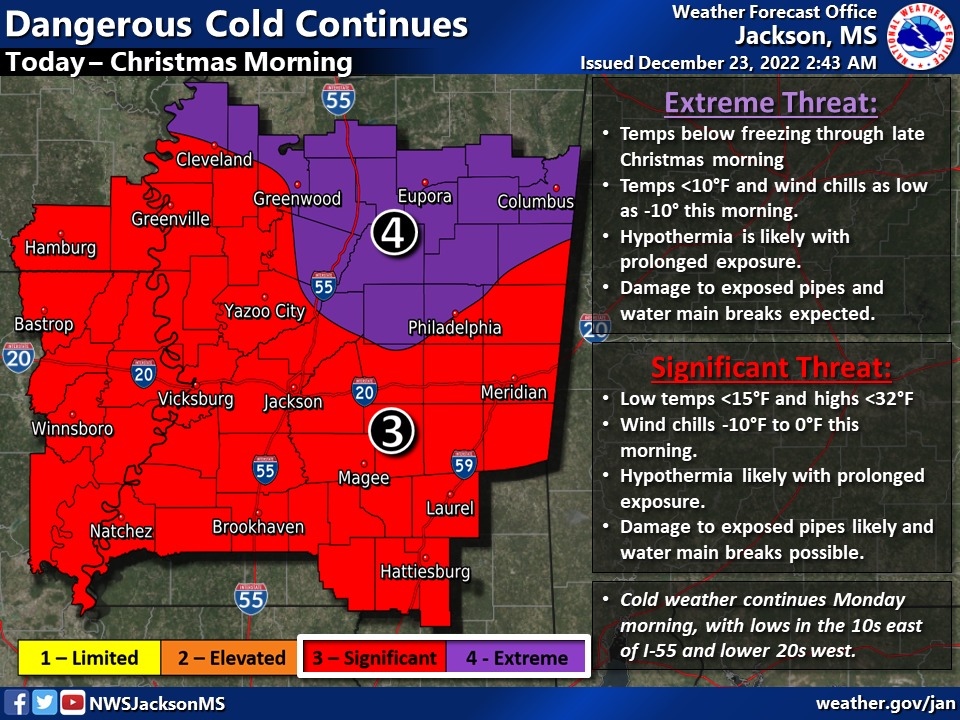 If you’re like us, your car windows didn’t open today because they were frozen shut. Overnight the temperatures were down in single digits with wind 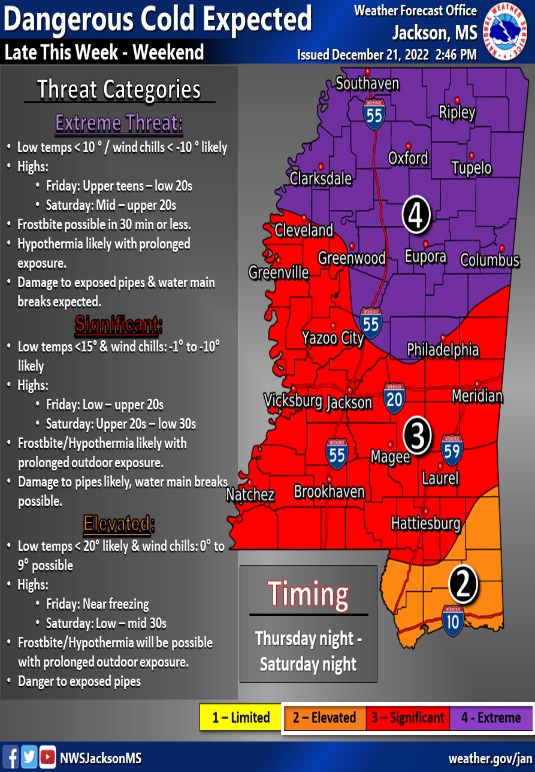 The National Weather Service and the Mississippi Emergency Management Agency have issued a new weather alert for the state as extreme winter weather moves in. 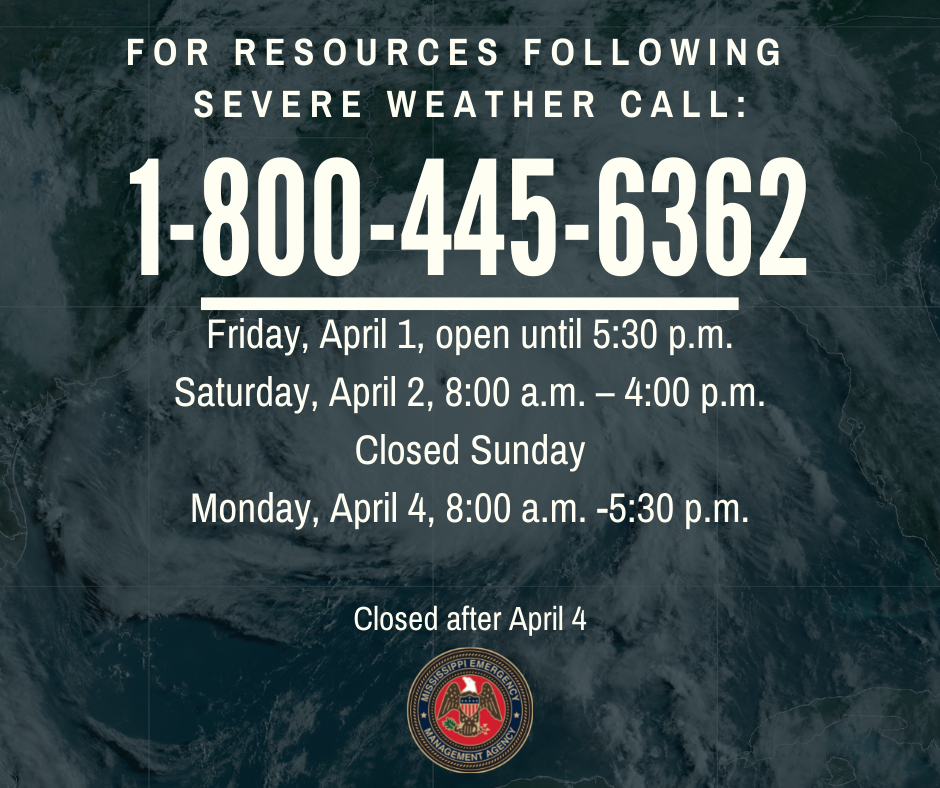 The Mississippi Emergency Management Agency says there were now at least 21 tornadoes that hit the Magnolia State on March 30. Those 21 have been 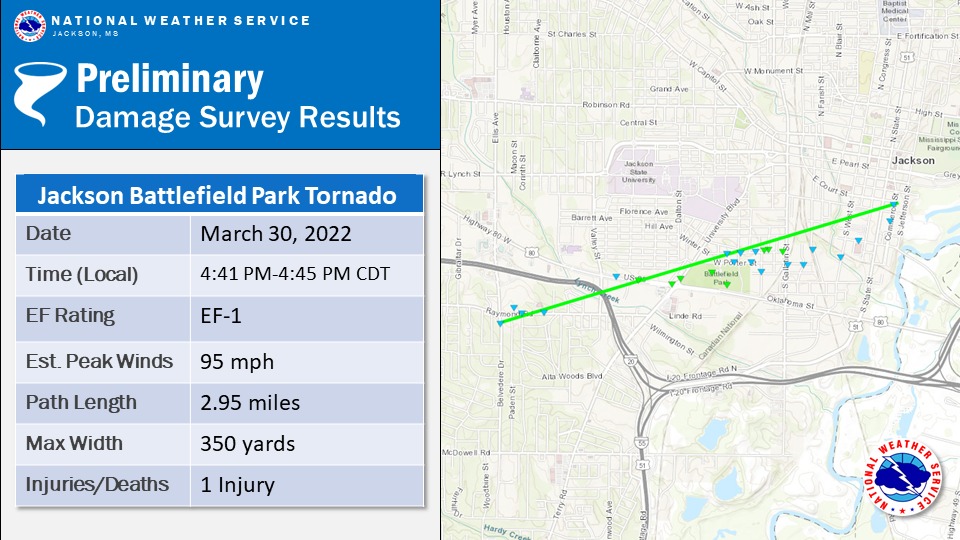 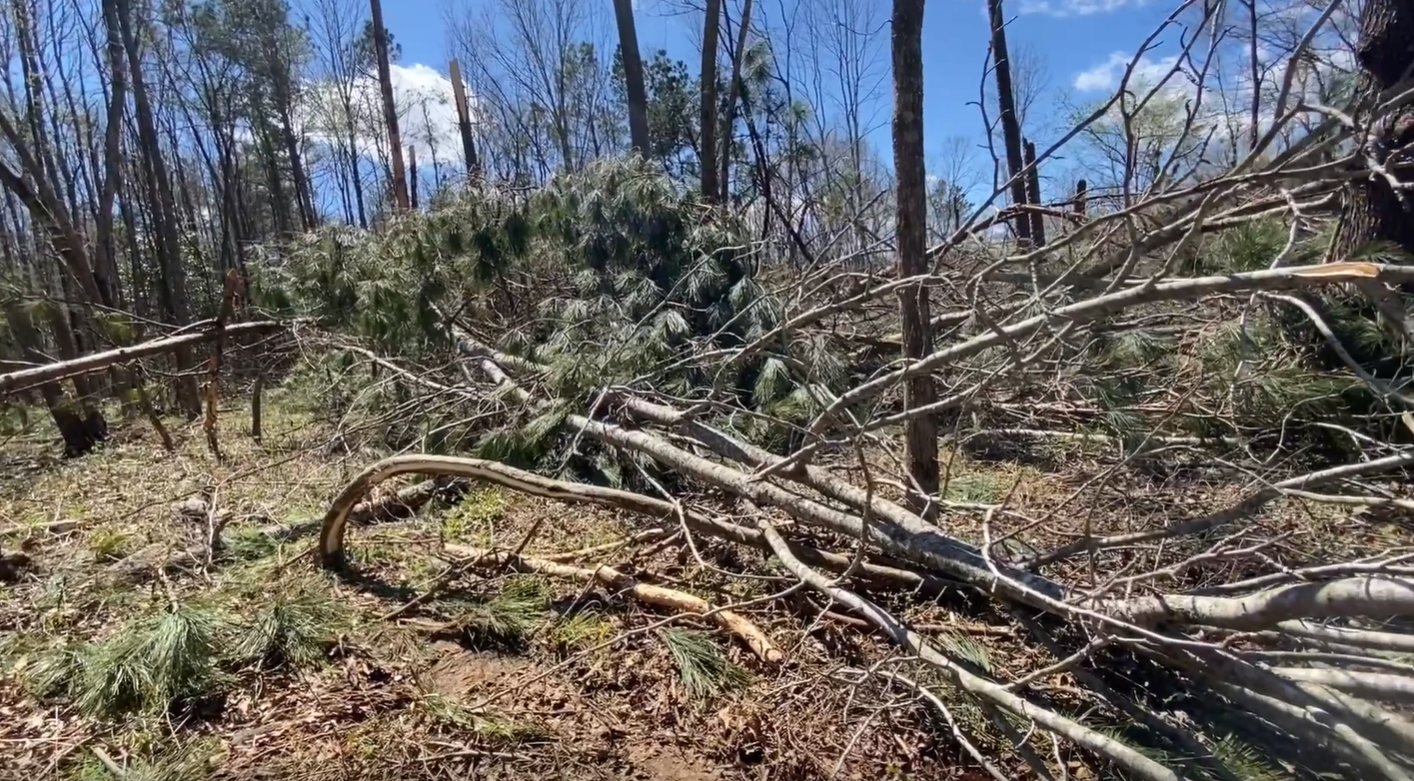 Crews on the ground to evaluate storm damage statewide

Officials from the National Weather Service, the Mississippi Emergency Management Agency, and local EMAs will begin the process of assessing damage from Wednesday’s round of 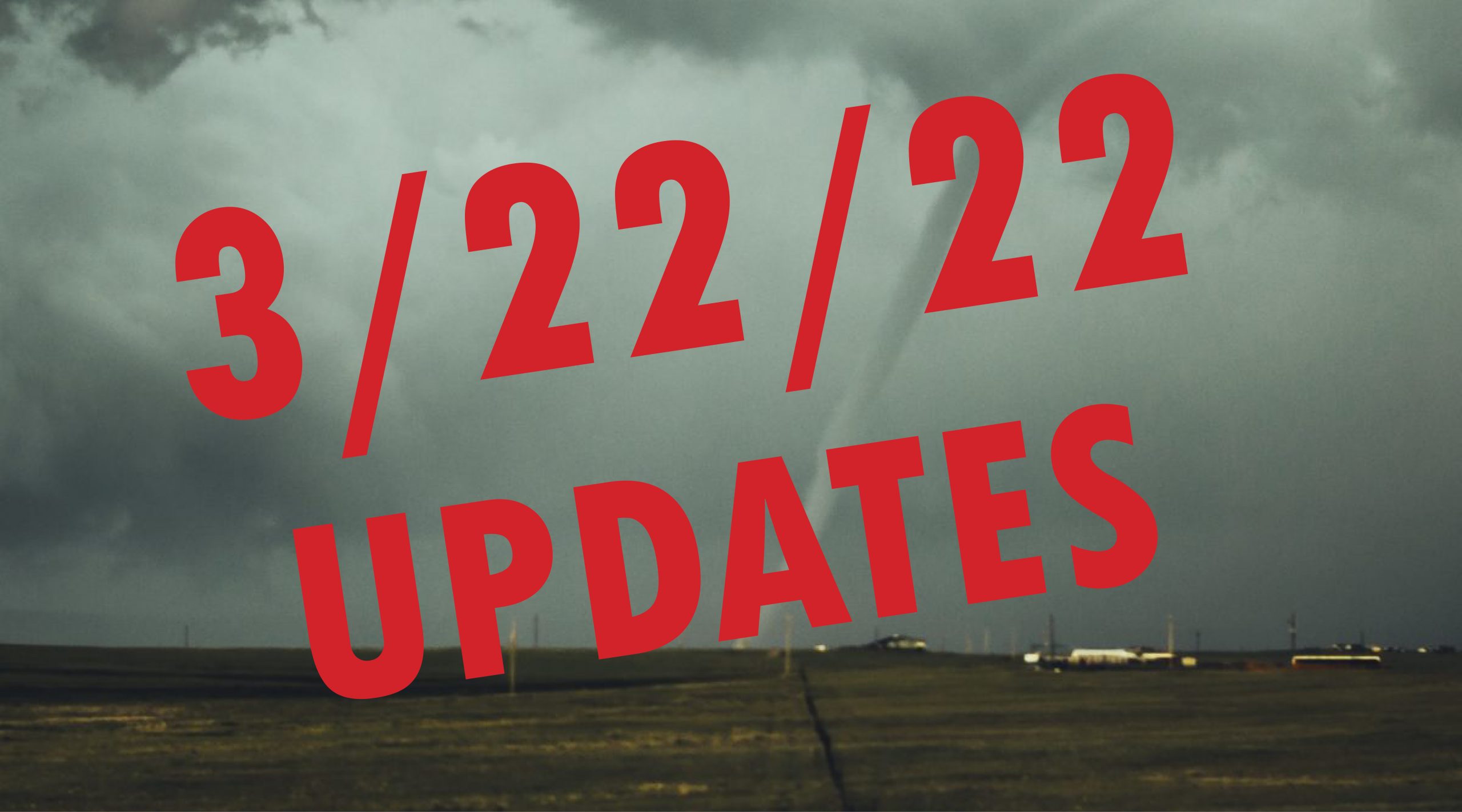